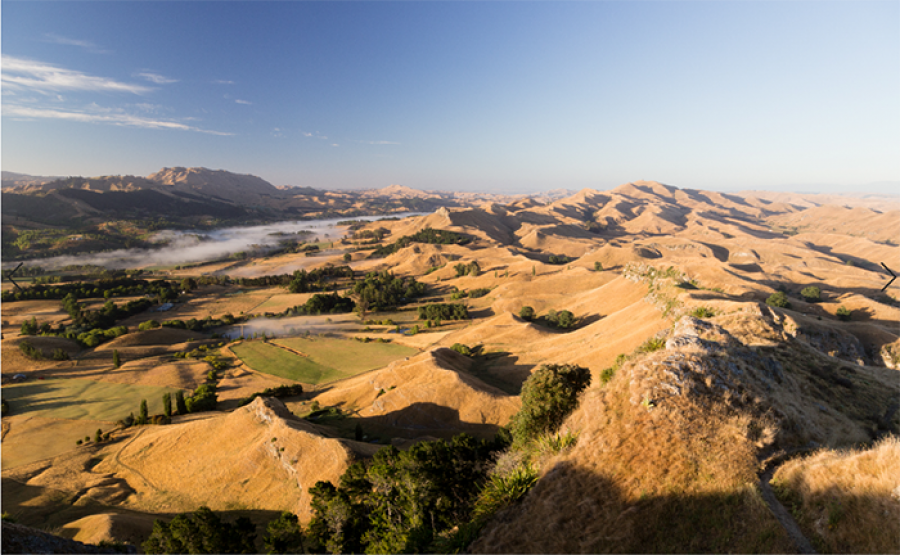 Using panel data methods, we investigate the effect of droughts on economic outcomes of livestock farms in unit-record administrative data.
The gross output, net profit and intermediate expenditure of dairy farms fall with increasing drought intensity. At the same time, there is an increase in their current loans. The direction of the estimated expenditure effect is unexpected: previous research has shown that dairy farmers tend to increase spending, primarily on supplementary feed, as part of their drought response. Our results suggest that they may be able to reduce other components of intermediate expenditure (although this response is not fully explained in our model).
For the average sheep and beef farm, an increase in drought intensity leads reductions in gross output and intermediate expenditure. Net profits are not significantly affected because operational costs are easier to adjust in this sector: with falling gross output, sheep-beef farmers reduce expenditure by foregoing or delaying some types of spending. Their current loans are also unaffected by droughts. Contrary to dairy, there is some evidence of longer-lasting drought impacts for sheep and beef farms.
Overall, we have limited success at identifying farm characteristics that clearly contribute to increased drought resilience. It is possible that farmers’ psychological, social and demographic attributes play a larger role in creating resilience than do observable farm characteristics.