New Zealand’s freshwater reforms: what are the potential impacts on greenhouse gas emissions?

Clean water is good
Does it reduce climate change?
Alas, not that much. 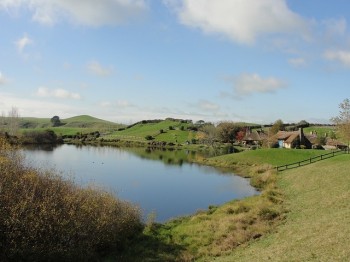 This report is a synthesis of results from two independent studies and was originally prepared for the Ministry of Primary Industries Sustainable Land Management and Climate Change (SLMACC) Research Programme:

The National Policy Statement for Freshwater Management (NPS-FM) 2014 supports improved freshwater management in New Zealand by directing regional councils to establish objectives and set limits for freshwater in their regional plans. The question this project aims to address is whether there are biophysical co-benefits or additional risks for GHG emissions into the future arising from farmer responses to these freshwater reforms. While a great deal of research has been carried out to quantify the processes, transformations, and effects of contaminant loss from land to water, as well as to identify strategies to mitigate contaminant losses to fresh water (e.g. McDowell & Nash 2012; Monaghan et al. 2007; McDowell et al. 2014), no national level research has been undertaken to assess the indirect impacts of the water quality component of the NPS-FM on New Zealand’s greenhouse gas (GHG) emissions.

As a result, MPI SLMACC contracted two independent teams, one led by AgResearch with assistance from Scion and Plant and Food (AgR/S/PF); the other led by Motu with Landcare Research (M/LCR) and assistance from NIWA and AgResearch. Both assessed the possible impacts of freshwater reforms on NZ’s land-based GHG emissions. The two teams took quite different approaches. Some of their results are directly comparable. This report first compares the methodologies used in the underlying reports and then presents the key messages that are consistent across the two reports.