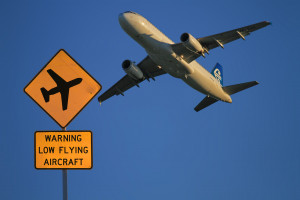 Carbon dioxide emissions from aircraft are projected to triple between now and mid-century, even if substantial technology and operational improvements are implemented to make flying more energy efficient. Absent policy constraints, this explosive growth rate will use up a significant proportion of the Earth’s CO2 emissions budget if global warming is to be capped at 2°C.

To help address the problem, the International Air Transport Association in 2009 set goals to achieve carbon-neutral growth after 2020, and to reduce aviation emissions in 2050 by 50 percent relative to the 2005 level. Toward that end, the industry agreed in 2016 to a market-based measure called the Carbon Offsetting and Reduction Scheme for International Aviation (CORSIA). Under the measure’s provisions, airlines are required during the 2021-2035 period to fund reductions in CO2 emissions in other sectors to compensate for aviation CO2 emissions exceeding the 2020 level through the purchase of carbon offsets.

While well-intentioned, the CORSIA is an inefficient measure for incenting the aviation industry to abate emissions in a timely manner, finds a new MIT study in the Journal of Air Transport Management. That’s because (1) under CORSIA’s offset obligation rules, airlines will derive limited cost savings from implementing abatement options that cost less than price of an offset; and (2) the offset price is likely to be significantly lower than the social cost of carbon (SCC), the dollar value of the total damages to society from emitting one ton of CO2 into the atmosphere, which further reduces incentives to abate emissions.

The MIT study advances its own solution: a carbon pricing system for international aviation that incents airlines to implement all CO2 abatement options that cost less per ton of CO2 emissions abated than the SCC. This would result in a “socially efficient” level of emissions abatement at which net social benefits—gains from avoided climate damages minus total abatement costs—are maximized, thus delivering a “win-win” for the aviation industry and the planet.

The system proposed in the paper—a CO2 benchmarking system with tradeable permits priced to equal the SCC—would likely result in international aviation implementing all abatement options that cost less than the SCC, and can operate concurrently with existing measures. And because the system only applies the SCC to a small fraction of an airline’s emissions, rather than all emissions as under a carbon tax equal to the SCC, the CO2 benchmark would be more palatable to the industry than other measures that impose the same carbon price.

“The CO2 benchmarking system will deliver an environmental ‘win’ by appropriately accounting for negative externalities associated with CO2 emissions, and may deliver a win for the aviation industry by reducing the number of carbon credits it needs to purchase from other sectors,” says Niven Winchester, the paper’s author and a principal research scientist at the MIT Joint Program on the Science and Policy of Global Change and senior fellow at Motu Economic and Public Policy Research. “Additionally, by providing a blueprint for other sectors (e.g., global shipping) to set a price on emissions equal to the SCC, the CO2 benchmark system may assist mitigation elsewhere.”

The proposed system sets benchmark levels of CO2 emissions per unit of output (measured in revenue ton kilometers, RTKs) for different routes. Airlines that operate below the benchmark intensities are awarded permits; those that emit more CO2 per RTK than the benchmark must purchase permits. Trade in permits among airlines would lead to a market permit price, with the benchmarks set to target a permit price equal to the SCC.

Since aviation emission abatement options are expensive relative to those for other sectors, which have many low-cost alternatives to burning fossil fuels, the industry is incentivized to preserve a share of the global CO2 budget for its own use. By implementing a cost-effective system that incents abatement options that cost less than the SCC, the aviation industry can achieve this goal.

The study was supported by the Litterman Family Trust.