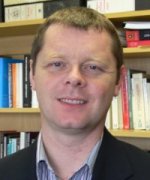 Philip has been a Special Adviser to two European Commissioners (Commissioner Johannes Hahn 2010-2013 and Commissioner Corina Creţu 2015-2016), Chief Independent Economic Advisor on the EU Sixth Report on Economic, Social and Territorial Cohesion, an advisor or consultant to the Directorate General for Regional and Urban Policy at the European Commission, four different directorates at the OECD Paris, the European Investment Bank, as well as government ministries and research institutes in several countries.

In the UK Philip is the Co-Director and Principal Investigator of the £2.28 million Productivity Insights Network+ research programme funded by the UK Economic and Social Research Council 2018-2020. He is also a researcher with both UK in a Changing Europe and the Rebuilding Macroeconomics Network and the ‘Geography and Place’ Theme Leader in the ESRC-funded National Productivity Institute research programme.