From the Interim Director of Motu Research 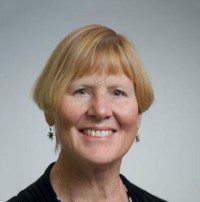 At the same time, six new staff have started, including three new fellows (one senior) and two new research analysts. I encourage you to read more about our new fellows below, as Niven and Elodie bring significant depth to our environmental team and Lynn provides us with a welcome new string to the Motu bow with her interest in health economics.

Motu is not just focussing on the senior research level however. One of our founding motivations is capacity building and we recently introduced the Motu Quantitative Economics Āheitanga Scholarships as the first step that Motu offers in its pathway to a profession in economics. For this scholarship, we offer eight $1,000 prizes (one for each NZ university) to a student of Māori descent who intends to study economics and is planning to enrol in a second year econometrics course, or equivalent quantitative economics course. Applications for the Āheitanga Scholarships are now open and join our internship programme, the Frank Holmes Memorial Prize and our recruitment and support of early career researchers in our commitment to improving the quality of economic research in New Zealand and internationally.

If you want to know more about anything in this newsletter, please feel free to contact me on lesley.haines@motu.org.nz.

Niven Winchester - Senior Fellow
Prior to joining Motu in August, Niven was a Principal Research Scientist at the Massachusetts Institute of Technology Joint Program on the Science and Policy of Global Change. Niven is an expert in general equilibrium analysis and modelling. His research focuses on analyses of climate, energy and trade policies using computable general equilibrium models. Recent studies assess the effectiveness of border carbon adjustments, China’s trade-embodied CO2 emissions, the feasibility, costs, and environmental implications of large-scale biomass energy, and the economic and emissions impacts of US aviation biofuel goals.

Niven’s research has informed several organizations on trade and energy issues, including the OECD, the Federal Aviation Administration, and the New Zealand Ministry of Foreign Affairs and Trade. He was named a Global Trade Analysis Project Research Fellow for the periods 2013-2016 and 2017-2020 for outstanding research. Possibly more importantly for New Zealanders, Niven also has an interest in sports economics and his research on sports ranking systems was the catalyst for the change to the bonus point system in Super Rugby in 2016. Dr Winchester is also the founder of Rugby Vision, a website that predicts rugby match outcomes.

Lynn Riggs - Fellow
Lynn Riggs joined Motu as a Fellow in July 2018 after working for the US government for 20 years. Lynn most recently worked for the US Commodity Futures Trading Commission, the primary regulator of swaps and futures markets. Prior to that, she worked at the US Bureau of the Census and the US Centers for Disease Control and Prevention. She also taught health economics and microeconomics as an adjunct professor at DePaul University in Chicago.

Lynn has worked extensively with large, confidential data sets in the US, including the US Longitudinal Business Database (LBD) and other firm-level data. Her research interests are in labour, health, education, and financial economics. Lynn received her PhD from the University of Wisconsin-Milwaukee.

Elodie Blanc - Fellow
Elodie Blanc joined Motu as a Research Fellow at the beginning of August. She is also a Research Scientist at the MIT Joint Program on the Science and Policy of Global Change. Elodie completed her graduate studies at École des Hautes Etudes en Sciences Sociales and the University of Otago. Her research interests include agricultural economics, applied econometrics, water modeling and crop modeling.

Elodie was the lead researcher in the development of the US Water Resource System model – an optimization model of US water resources allocation at the river-basin level. She has also applied econometric analyses to large geospatial datasets to determine the effect on crop productivity of climate change, small and large dams, water availability, biodiversity, and typhoons. She recently participated in the Agricultural Model Intercomparison and Improvement Project (AgMIP), a forum that brings together researchers from around the world to compare agriculture, economic and climate models. Her most recent research consist of applying econometric techniques to emulate outputs from complex bio-physical crop models. 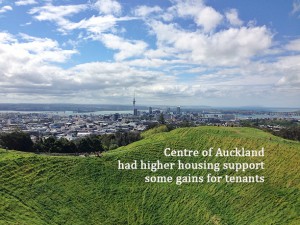 Since the turn of the century, more than 25,000 claims worth nearly $300 million have been paid out by the Earthquake Commission (EQC) for damages caused by wild weather. EQC covers homeowners for damage to land (and in some cases to dwellings and contents) caused by landslip, storm or flood. Between 2000 and 2017, the mean amount paid out to claimants was $11,420.

With climate change it’s vital to know how weather-related events translate into financial liabilities for the Crown. Recent research from Motu Economic and Public Policy Research and Victoria University is the first in-depth analysis of EQC claims for weather-related events and forms the beginning of understanding what we may face in the future. This research received support from the Deep South National Science Challenge and the Resilience National Science Challenge.

Locations with a median income in the top forty percent of incomes tend to report more than half of the total claims and pay-outs made. This suggests that, after extreme weather events, higher-income families make more frequent use of EQC insurance and claim more payment than the average New Zealand family. The reasons for this increase in EQC pay-outs associated with higher income households are not yet entirely clear. They could be associated with better access to the system, higher exposure due to location preferences of various income groups, or higher damages caused by higher asset values (e.g. larger homes and larger housing footprints). 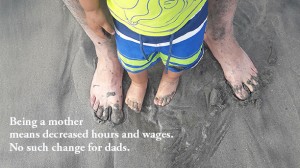 New Zealand is similar to the rest of the world in that the gender pay gap is larger among parents than people without children, according to a recent Motu working paper by Dr Isabelle Sin, Fellow at Motu and Prof Gail Pacheco and Dr Kabir Dasgupta from AUT.

Across the research sample, the hourly wage difference was 5.7 percent between similar men and women without children, but 12.5 percent between men and women who were parents. The impact of parenthood is especially noticeable for women who were in a high-income bracket before giving birth and who returned to work quickly after becoming parents. Prior to parenthood, these women experienced rapid income growth--they were on a trajectory to be very high earners. After they returned to work, often with reduced hours, their earnings were lower and grew at a crawl. This dampening of the income growth of top-earning women helps explain why relatively few women appear in the highest income brackets in New Zealand. A fast return to employment did have some benefits, though: their hourly wages didn’t fall as much as the wages of their slower-returning colleagues.

In contrast, low-income women, such as young mothers, experienced small monthly income decreases with parenthood and similar income growth rates before and after having children.

When men became parents, their hourly wages weren’t significantly affected. Women, on the other hand, faced 4.4 percent lower hourly wages than they could have expected if they hadn’t had children. The longer mothers stayed at home, the bigger the drop in their hourly wages, with women who were out of paid work for more than a year experiencing an 8.3 percent wage penalty. Only some of this drop in pay can be explained by mothers moving to lower-paying jobs.

Before becoming mothers, Māori and Pasifika women were far more likely not to be employed than Pākehā women, but this gap narrowed in percentage point terms after they became mothers. Pākehā mothers have a 59% employment rate in their child’s tenth year compared with 41% for Pasifika mothers and 45% for Māori mothers. 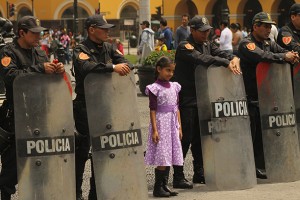 Forty-five people from thirty-one countries will meet in Johannesburg in September to discuss the Human Rights Measurement Initiative (HRMI). Now that HRMI has launched its data viz website and the results of the pilot study, the purpose of the workshop will be to co-design ways in which people around the world can use HRMI data for impact, and to plan the next phase of HRMI’s development. The goals of the workshop are:

Co-design is an important principle for HRMI because it fits with its values of collaboration, innovation and transparency. HRMI is co-hosting this workshop with Amnesty International Southern Africa and OSISA from 12 to 14 September 2018 in Johannesburg, South Africa.

The Motu Quantitative Economics Āheitanga Scholarship is just the first step that Motu offers in its pathway to a profession in economics. Each year we offer eight $1,000 scholarships (one for each NZ university) to a student of Māori descent who intends to study economics and is planning to enrol in a second year econometrics course, or equivalent quantitative economics course. The purposes of the award are to

Applications for the scholarship are open until 24 August.

Public insurance and climate change (part one): Past trends in weather-related insurance in New Zealand (2018)