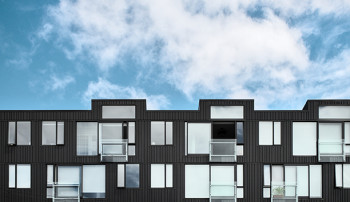 This paper analyses the relationship between local area housing and population size and migrant-status composition, using population data from the 1986–2013 New Zealand Censuses, house sales price data from Quotable Value New Zealand, rent data from the Ministry of Business, Innovation and Employment, and building consents data from Statistics New Zealand. Measured at the Territorial Local Authority and Auckland Ward (TAW) area level, we estimate the elasticity of house prices with respect to population is 0.4-0.65, similar but smaller elasticity of apartment prices, but find no evidence of any local population effects on rents. We also estimate the elasticity of housing quantity with respect to population of about 0.9. Although international migration flows are an important contributor to population fluctuations, we find little evidence of systematic effects of international or domestic migrant composition of the local population on prices or quantity. In particular, despite there being a strong correlation between immigration and house price changes nationally, there is no evidence that local house or apartment prices are positively related to the share of new immigrants in an area. Repeating the analysis for more narrowly defined areas within Auckland, we estimate a smaller house price elasticity with respect to population in the range 0–0.15. Finally, our analysis suggests that longer-term housing supply is relatively elastic, and demand inelastic, with respect to price.

Ministry of Business, Innovation and Employment