Home » Wellbeing & macro-economics » Well-being and sustainability measures » Migration and Gender: Who Gains and in Which Ways?

Migration and Gender: Who Gains and in Which Ways? 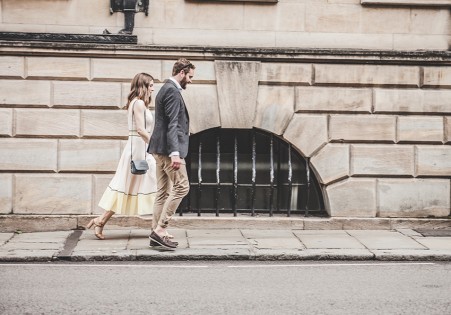 Empirical studies have consistently documented that while married men tend to lead more prosperous careers after moving than before, migration tends to be disruptive for the careers of married women. However, there has been little exploration of the interaction of non-economic outcomes of migration by gender and relationship-status. We explore whether migration is followed by a change in subjective wellbeing (SWB), and how this experience differs by individuals of different gender and relationship-status. These results are compared to wage differences following migration. We further analyse how outcomes differ according to the motivation for moving, including motivations for moving of both partners in a couple relationship.  Our empirical estimates use longitudinal data on internal migrants in the Australian HILDA dataset.

We show that females have a stronger tendency than males to reach higher levels of SWB after moving, while males have a stronger tendency than females to increase their earnings. These gender differences are mostly not significant for single individuals, but become quite pronounced for couples. Differences tend to narrow, but do not disappear, once we account for motivations for moving of individuals and, where relevant, of their partner. In particular, those who move for work-related reasons experience higher wage incomes after moving, regardless of gender or relationship-status.

Wages, Wellbeing and Location: Slaving Away in Sydney or Cruising on the Gold Coast